It’s always good to find a nice article about yourself!

Radio for communities of interest

I’ve spoken before about my personal definition of community radio (here).  Well, community-access radio.  But, I might be slightly wrong by not being completely inclusive.

In the 1980s the Home Office was set to licence dozens, if not hundreds, of community radio stations around the country and it asked for expressions of interest.  As you might expect, they were overwhelmed with applications from the predominantly left of centre self-appointed spokespeople with politically charged formats.

Among these were a few ‘genuine’ community radio ideas, but the scary prospect of ‘ditch the bitch’ type bile being spewed into the airwaves by Trotskyites wasn’t something that sat well with Mrs Thatcher’s government of the day.  The idea of community radio was silently put on hold for many decades.

However, one thing that did come from this time of false promises was two definitions of community radio.

The first could be described as not too dissimilar to my own preachings, and is a radio station with a defined geographical reach, dealing with inclusive programming from and for ALL the people of that geographical area. 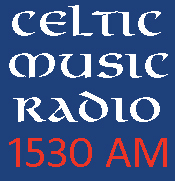 Celtic Music Radio broadcasts to Glasgow, and although music based, is quite clearly for the generations that define themselves by their heritage.

“Celtic Music Radio has a mission to be a strong cultural voice for contemporary and traditional Scottish music, arts and culture, pioneering new frontiers in communication and broadcasting by including people that do not have access to mainstream media.

The service is targeted at our ‘community of interest’, namely the Glasgow area’s practising creative artists in a broad range of music and cultural endeavour across a range of genres of music, media and speech.

The service aims to advance education, in particular by promoting the performance, learning and appreciation of a broad spectrum of Celtic music and cultural activity; to enhance the understanding of this genre of music and be pro-active in the development of the rich heritage of Celtic music and Scottish culture.”

To me, this seems like a really good definition of a community radio station, I can’t fault it.
And, does it pass the excluding Christopher England test?  Yes it does.
I mean, why would I want to listen?
Exactly.  That’s proved it is a ‘community of interest’ service outside of my own ‘community of interest’.  Now, by definition Celtic Music Radio has had to Scottishify themselves, but in truth their programming would suit ‘any’ Celtic interest across the UK and Ireland or indeed the planet, whether that be ‘Irish’ or ‘Welsh’ rather than ‘Scottish’, or any lover of their traditional music to commit suicide to (f’narr, my view only of course!).
Now, it seems to me that Celtic Music Radio is a shining example of community radio.  In contrast, a community radio station just playing the same music as any other commercial radio station, like for instance the “Superstation” broadcasting at Orkney, certainly is not.

Click button below to open the live stream in a new window. Listen as you browse!

Click this button to go to our catch up service.

Click this button to go to our Archive Section.

If you purchase some of the great music you hear on Celtic Music Radio using this link – it costs you nothing extra and brings in much needed revenue for the station!

Thank you for listening and supporting
Celtic Music Radio!

If you would like to donate to CMR got to this link. This takes you to Paypal’s new donate service.

Some more ways you can help on this page